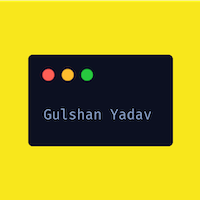 Subscribe to my newsletter and never miss my upcoming articles

Listen to this article

I have something to share, Named PipeWire and this stuff is more interesting than it looks.

Earlier Linux distributions use to rely on PulseAudio-, JACK-, ALSA- and GStreamer-based applications for their multimedia frameworks to work.

GStreamer is a multimedia handling library, it uses ALSA/PulseAudio/Jack/PipeWire/etc., but doesn't replace them

But at the cost of higher latency.

Linux has no unified multimedia framework for exchanging multimedia content between applications or even devices. In most cases, developers realized that a user-space daemon is needed to make this possible:

PipeWire aims to solve this problem and provides a unified framework to run both consumer and Pro audio as well as video capture and processing in a secure way.

I know you didn't understand anything I said until now, Maybe some of you did... but no worries, let me list down some of the usages of PipeWire for you in day to day life

Firefox (84+) supports this method by default, while on Chromium (73+) one needs to enable WebRTC PipeWire support.

Don't know about the X11 and Wayland? No worries, I will post another page on this topic for you :)

For now, just assume that X11 is no more or less secure than any other part of your Linux OS, And Wayland is focused on security

By the way, both are display servers.

You can ignore that ABI stuff for now if you didn't understand :)

Currently(i.e. in May 2021) Fedora 34 ships with PipeWire preinstalled. So I think you may safely enjoy the features of PipeWire :)

PipeWire is a server for handling audio and video streams and hardware on Linux. It was created by Wim Taymans at Red Hat. It handles multimedia routing and pipeline processing.